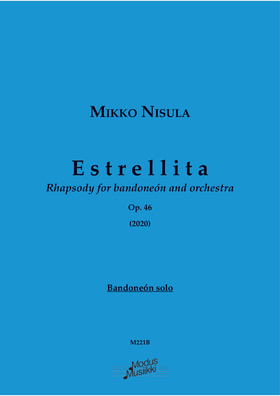 Mikko Nisula (b. 1974) studied musicology at the University of Helsinki and composition with Professor Boris Tischenko at the St. Petersburg Conservatory. He later furthered his studies in a masterclass with the Belgian composer Philippe Boesmans. Since 2007, he has been working on a critical edition of the complete works for the stage by Fredrik Pacius (1809–1891). Nisula may be described as a Neoromantic or Impressionist composer who has also absorbed into his music various other stylistic influences, according to the mood and subject of each composition.